Robert Capa was born as Endre Erno Friedman on October 22, 1913, on the Pest side of Budapest. The birth was marked by three exceptional circumstances when the baby emerged From his mother's womb, his head was still wrapped in his caul; when the caul was removed, the child was found to have so much dark hair that he looked as though he could already be several months old; and he had an extra little finger on one hand.

His mother and her friends interpreted these aberrations as signs that the child would grow up to be a famous man. He did indeed - not as Endre Friedman but as Robert Capa.

In 1913 Capa entered a world in conflict, between nations and between his parents. Robert Capa's parents were very different from each other. His mother, Julia, was a formidable woman, sturdy, extremely strong willed, hard-working, and determined to provide a comfortable life for her family. With her children she was demanding, adoring, and possessive. She was the boss at work and the matriarch at home.

Her husband Dezso, co-owner and head tailor of a salon, was, on the other hand a rather slight and dapper man, irresponsible, light-hearted, and good at coming up with excuses for leaving work early and staying out late to play cards.

Julia and Dezso clashed constantly. Capa later described their relationship as one long, pitched battle. But he loved both of his parents deeply and incorporated, to an unusual extent, many qualities from each one's personality - as different as they were - into his own.

In his teens, Endre - poor, clever, bored, romantic at heart and discriminated against as a Jew - became involved with leftist revolutionaries, seeking out conflict and danger. When he was barely 18, he moved to Berlin and took up photojournalism.

His first big break came in 1932, when he was assigned to photograph Trotsky as he spoke in Copenhagen stadium on the meaning of the Russian Revolution. His pictures were the most dramatic of the day, write Kershaw. Taken within a meter of Trotsky, they were intense, intimate and imperfect - the trademarks of the man who would become famous as Capa, or "shark" in Hungarian. 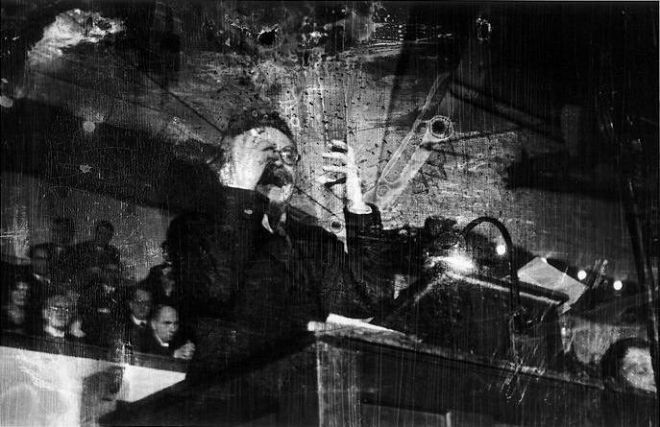 As Nazi power grew in Germany, Friedman moved to Paris, the only city he would ever consider home. In France, he documented the social and industrial strife of the mid-1930s, struggled to earn a living and fell in love with Gerda Taro. Accepting him for what he was - a charming rogue, a heavy drinker and a notorious womanizer - Taro shared his work, his bed and his dreams.

Together they invented Robert Capa, a rich, famous, talented American photographer whose name on the picture boosted its price. In 1936, they moved on to war-torn Spain, determined to fight totalitarianism with cameras. The following years, Taro was killed there, in a road accident. Capa was inconsolable, and part of him died with her there.

Still, Robert Capa pursued his calling, travelling to China in 1938 to cover the Sino-Japanese war. He went back to Spain as the Republican cause was collapsing and then, as World War II raged, onto North Africa, Sicily, the Italian main land and - most traumatically - to Omaha Beach and the slaughter of the D-Day invasion.

Covering the landings for Life magazine, Robert Capa landed in an assault barge and shot four rolls of film: Soldiers wading through the sea towards fortifications on Omaha, sheltering from enemy fire, storming German positions.

"The war correspondent has his stake, his life, in his own hands and he can put it on this horse or that horse , or he can put it back in his pocket at the very last minute. I am a gambler. I decided to go in with Company E
in the first wave. "


Unfortunately, when he handed his films over for processing, a photographic assistant managed to ruin them by placing in an overhead drying cabinet at too high a temperature, causing the emulsion to run. Only eleven photographs were saved: grainy, blurred shots that have become the most powerful images of D-Day, and further cemented Capa's reputation as the greatest war photographer of the time. 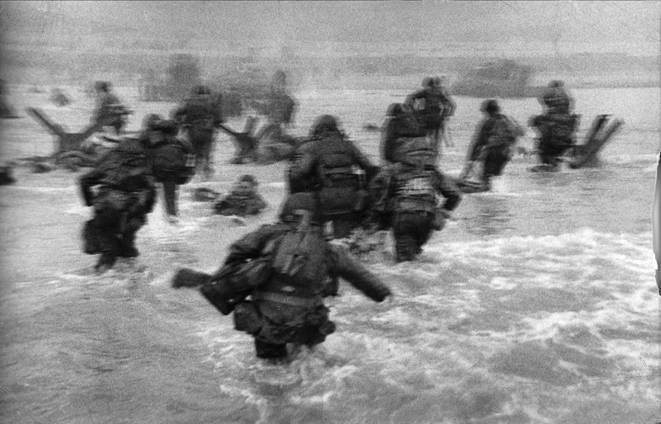 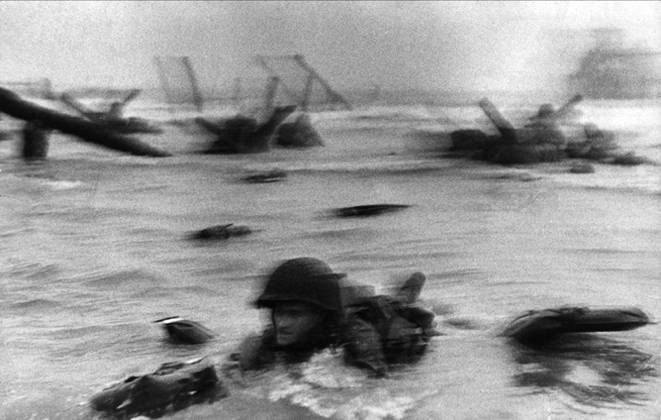 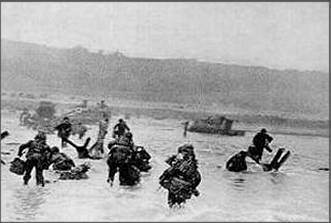 The assignment had all the hallmarks of a great Capa story: extreme danger, remarkable daring, photographs plucked from chaos that capture the courage and horror of war.

Do you find Robert Capa's work inspirational ? Has it influenced your
photography in any way ?
Click here to share your thoughts and images with us...

It was in Spain that Capa took his best-known photograph, which purported to show a militiaman a split second after he had been fatally shot. Debate over its authenticity still rages. 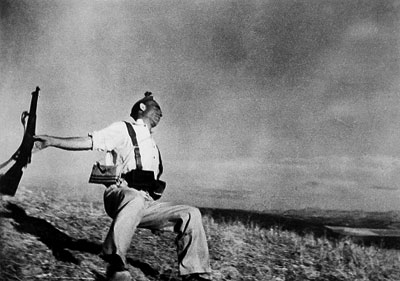 The "truth" of the photo, says Alex Kershaw author of "The Life of Robert Capa", is in its representation of a symbolic death. "The Falling Soldier - authentic or fake - is ultimately a record of Capa's political bias and idealism," he writes, adding: "Indeed, he would soon come to experience the brutalizing insanity and death of illusions that all witnesses who get close enough to the romance of war inevitably confront."

In 1946, after more than a decade of front-line reporting, says Kershaw, "Capa had started to exhibit many of the symptoms of post-traumatic stress disorder: restlessness, heavy drinking, irritability, depression, survivor's guilt, lack of direction and barely concealed nihilism."

By now, a romantic aura had gathered around Capa. He was a war hero, friend of writers like Hemingway and lover of movie stars like Ingrid Bergman. Continually smoking, with his Leica permanently hanging around his neck, he created the stereotype of the war photographer: tough, adventurous but impossibly glamorous, at least to those who didn't have to do the job.

In 1947, with his friends, David Seymour "Chim", Henry Cartier Bresson, George Rodger and Bill Vandiver, he set up the Magnum photo cooperative, named after the large champagne bottle. He spent the next few years making Magnum into a successful cooperative, and photographing the good times with his artist friends, including Picasso and John Steinbeck.

Capa next travelled to the Soviet Union, but the cold war did not suit his talents. Grazed - and badly shaken - by a bullet in Tel Aviv in 1948, he sat out the Korean War. But the gambler in him was lured back into the fray in 1954, to work again for Life magazine.

"This is going to be a beautiful story," he said as he set out from the village of Nam Dinh, in Vietnam's Red River delta, on May 25 - as it turned out the last morning of his life. "I will be on my good behaviour today. I will not insult my colleagues, and I will not once mention the excellence of my work."

Eight hours - and 30 km - later, Capa was dead, killed by a landmine at Thia Binh, as he tried to get just that little bit closer.


The International Center of Photography founded in 1974 to preserve the photographic heritage of R. Capa and other photographers


The Robert Capa Gold Medal is an award for "best published photographic reporting from abroad requiring exceptional courage and enterprise". It is awarded annually by the Overseas Press Club of America (OPC).