White was born on July 9th, 1908 in Minneapolis, Minnesota. In 1938, he moved to Portland, Oregon where he began his career in photography. He first joined the Oregon Camera Club, then took on assignments from the Works Progress Administration and exhibited at the Portland Art Museum.

After serving in military intelligence during World War II, White moved to New York City in 1945. He spent two years studying aesthetics and art history at Columbia University under Meyer Schapiro and developing his own distinctive style.

He became involved with a circle of influential photographers including Alfred Stieglitz, Edward Weston, and Ansel Adams.

"While we cannot describe its appearance (the equivalent), we can define its function. When a photograph functions as an Equivalent we can say that at that moment, and for that person the photograph acts as a symbol or plays the role of a metaphor for something that is beyond the subject photographed."


Based on ideas resulting from his first contact with the work of Alfred Stieglitz and from his great interest in psychology, White launched the notion of expressive photography and the "reading of photographs". It involved using the camera to reveal one's personal feeling as symbolized by objects in the real world.

In Minor White's perspective one does not photograph something simply for "what it is", but "for what else it is".

"There's no particular class of photograph that I think is any better than any other class. I'm always and forever looking for the image that has spirit! I don't give a damn
how it got made."


In 1956, White became professor of photography at the Rochester Institute of Technology (RIT), where he served from 1956 to 1964.


White spent the last ten years of his life teaching at MIT where, among others, he taught Raymond Moore. His class on Zone System photography was very popular.

White's writings emphasized the spiritual nature of photography and often served to promote his ideas, as in Mirrors, Messages, Manifestations (1969).

Particularly impressive are White's fantastic infrared landscapes from the mid-50s. These were taken soon after he moved to Rochester from California, and he perhaps felt that the subtler Eastern landscapes needed some extra drama to match those he had been used to in the West. The photographs were taken using large format infrared film, typified by their darkened skies and glowing grass and leaves: 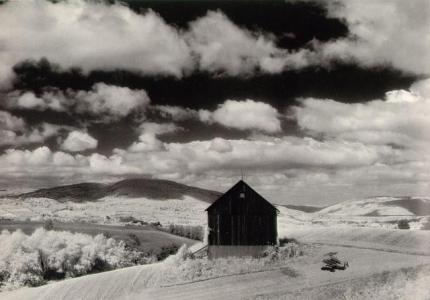 'Barn and Clouds', in the vicinity of Naples and Danseville, New York, 1955 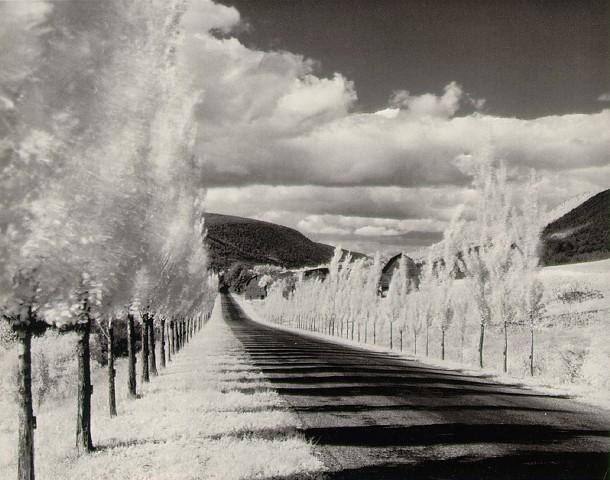 'Road with Poplar Trees', in the vicinity of Naples and Danseville, New York, 1955 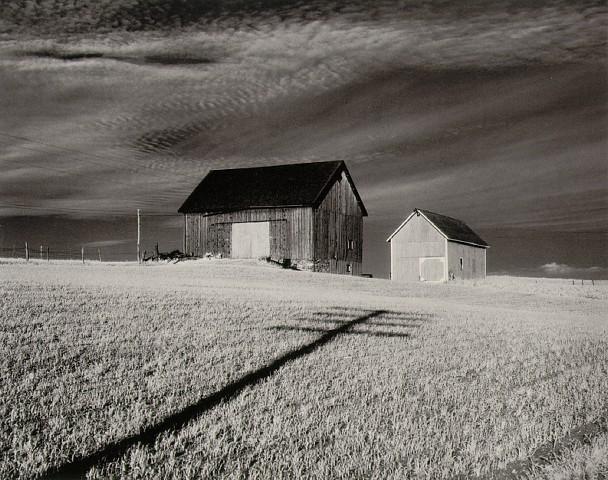 'Two Barns and Shadow', in the vicinity of Naples and Danseville, New York, 1955