( 1917 - 2009 )
" A good photograph is one that communicates a fact, touches the heart and leaves the viewer a changed person for having seen it. "

In 1938 upon Irving Penn's graduation from Philadelphia museum school of Industrial Art, his first job was as art director in a junior league magazine. Later he worked in the same capacity for Saks Fifth Avenue department store. He decided to leave his job and travel the world to capture other human objects.

Returning to New York after his travels, Penn landed an assistant's job in Vogue Magazine, working on "suggesting photographic covers" for the magazine. Penn soon demonstrated his extraordinary capacity for work, versatility and imagination in a number of fields including editorial illustrations, still life, photojournalism and portraits; this launched his photographic career.

Do you find Irving Penn's approach inspirational ? Has it influenced your
photography in any way ? Have you shot in a similar style?
Click here to share your thoughts and images with us as well as to see other visitors contributions...

In his early portraiture, Penn would have to photograph celebrities. The face to face confrontation with his famous subjects was so unnerving to him that he wanted to find something else, beside the camera and himself, for the subject to react to.

For some of his portraits for Vogue in 1948, he devised a tight corner built by covering two panels, which forced his subjects into a constricted space thus appearing as if being trapped in Penn's portraiture. 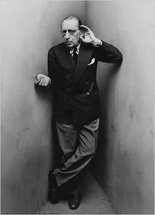 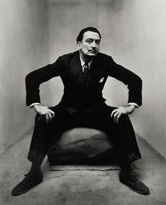 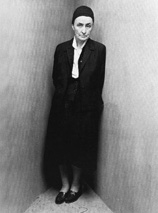 The image of Georgia O'Keeffe is a typical example of Penn early work. O'Keeffe appears lost in the space. She is positioned too deep in the corner making her look lost as if she would never be able to get out.

Her positioning too deep into the corner diminishes her powerful persona. This effect is further enforced by Penn pulling the camera back beyond the flats.

O'Keeffe so hated her portrait that she wrote to Penn asking him to destroy it.


Penn's corner not only shows his nervousness towards his famed subjects but also for him it represented the uneasy atmosphere of the post war era they were living in. By placing his famous subjects in the corner rather than into a comfortable environment, Penn was able to show that even the most renowned and protected people in the society at the time, were also subject to those turbulent times. 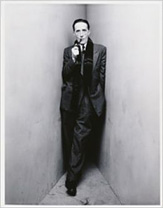 Some of his subjects however took the use of the corner in there stride. Example of this is the photograph of Marcel Ducamp, he leans back into the corner giving a sense of total relaxation and calmness. He looks firm in his steady composure and gives the impression that is able to deal with any dilemma he might face. 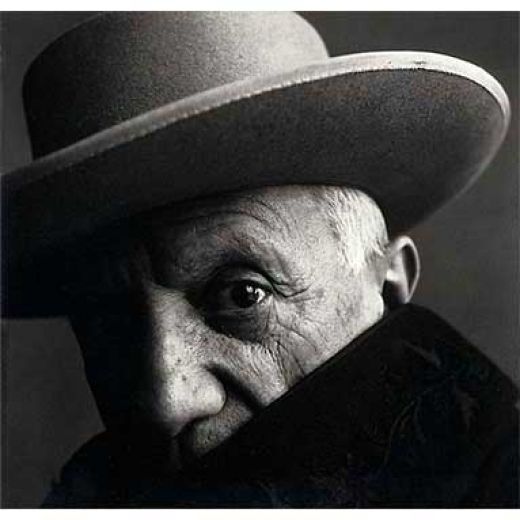 In the 1950s, Irving Penn adopted a new more direct, close-up style - photographing subjects such as Picasso (1957) and Louis Jouvet (1951). The two portraits are shot at a closer range, by cropping the subjects head in order to draw attention to their eyes. This is further emphasized by the creative use of light and shadow. Each of the subjects is posed against a plain background and lighted from the side. This characteristic lighting technique has now become identified with most of Penn's portraiture. 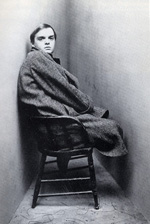 Their first encounter was in 1948, when Penn was still using the corner for his portraits. Penn asked Capote to take a pose but Capote found it difficult to mimic someone else. The final result Capote took a pose in the corner that made him look like a cripple, raped up in a coat six sizes too large for him. 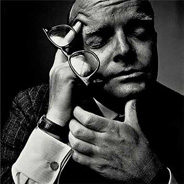 In Capote's shot in 1965, Penn is much more focused on Capote's face and hands, making a change in his style whereby taking a much more direct approach and at the same time working at a closer range of his subject.


It is also noticeable the disappearance of the corner in his portraits giving way to the use of dramatically intense but anonymous background.

"I myself have always stood in the awe of the camera.
I recognize it for the instrument it is,
part Stradivarius, part scalpel."


Throughout the years Irving Penn's was fascinated and did extensive explorations and studies of various cultures, casts and professions. 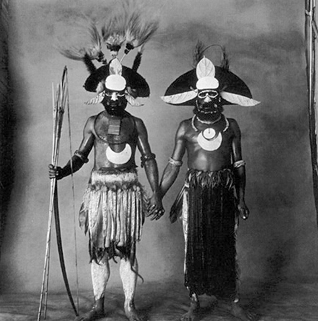 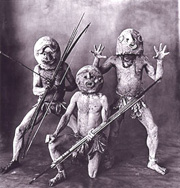 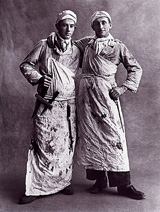 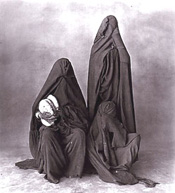 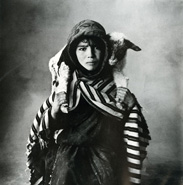 Penn often placed his subjects - whether ethological or professional - against a dramatically intense but anonymous background. This isolated them and removed them from their world. They were presented in a natural setting that aimed to call attention to their remote individuality.


At the same time, Penn was interested in portraits as compositions and even as arrangements of formal design elements ranging from hand gesture to the creative use of shadows and light.

Click below to see contributions from other visitors on Inspiration: Irving Penn ...

The passing of Irving Penn  Not rated yet
Irving Penn was ranked as one of the Top Most Influential Photographers of All Time by 'Professional Photographer Magazine' (EU publication - Oct 2009). …


Irving Penn: Platinum Prints at the National Gallery of Art