Creating Balance in an Image

Visual elements such as tone, colour and line can be used to create either symmetry or tension in an image

The way you frame your image is not only influenced by the content you want to give it but also by the inclusion of visual elements such as different areas of tone, colour and line detail. The viewer naturally seeks to create a harmonious relationship between these elements within the image frame. When this is achieved successfully the image is said to have a sense of balance.

One of the most obvious elements of balance is the visual weight created by the distribution of light and dark tones within a frame. If the framed scene has a large dark tone on one side, in order to create a balanced image you might seek to place tones of equal weight on the opposite side.

This balancing effect allows the middle of the picture to centre point of balance but without being over-symmetrical or monotonous.

Images with their main element placed off-centre against a plain background often tend to feel imbalanced. However, by placing another secondary element usually on the opposite side of the frame can give your image a sense of balance.

In other cases the main division in a scene might be presented by the horizon line, or some foreground vertical post which crosses the picture. Changing your viewpoint in this case will have an impact of the mood and feel of the final image. For example, in a landscape shot, if most of your image is filled with dark land detail, it creates an enclosed feeling: 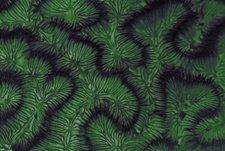 Tilting the camera to shift the horizon and show more sky, it creates a more open and detached feeling in the viewer. 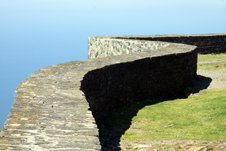 If the horizon is placed in the centre of the frame, it creates the feeling of dividing the picture in two halves and you are running the danger of them having equal weight with neither predominating. In certain cases this complete symmetry can be quite useful - it can create an overall pattern and lead in to a centralised main subject:

Balance is not always necessary to create an effective image. A picture that is intentionally structured to appear imbalanced can add tension and stand out amongst others. 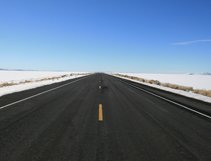 Therefore a deciding factor as to whether balance is required in an image is influenced by whether you want to show harmony or attitude in the scene.