You need the right quality of light for a good image and the camera flash is a very convenient way to achieve that in certain lighting conditions.

Although you can have too much light, the most common problems are that you have too little light, the wrong quality or direction of light, or you just need to be able to shoot in an environment where you can have complete control over the light.

In each of these situations, you need to choose some kind of photographic camera flash or flash attachment to get the right quality of light and thus to get the images you want. 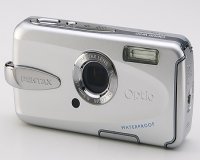 Many digital cameras have a built-in camera flash that is so convenient and easy to use that you are usually unaware it even fires.

Although built-in flashes are simple to use and convenient, they have an illumination range of up to 10 feet and they do not offer enough professional-level control over the flash exposure. In addition, the light they produce has some characteristics that can result in unflattering images.

Because of that they are mostly used for "snapshot" photos and quick pictures in low-light environments where capturing the shot takes priority over getting a perfectly lit shot.

Nevertheless, knowing the characteristics of a build-in camera flash is important as it allows you to decide in when to use it and when not.

Despite of its disadvantages, there are certain situations where a built-in camera flash can be tremendously useful:

If you are looking to illuminate subjects further away as well as having greater control over the quality and direction of the light, you may want to look at employing an external camera flash unit. Most External Flash units (often referred to as flashguns) have their own power source and therefore are not a drain on your camera's batteries.

Flash units are differentiated by their power as measured by the maximum distance that they cover. Each flashgun is given a guide number (GN) - a measure of its light output.

The higher the guide number, the greater the intensity and range of the camera flash. So when deciding on purchasing an external flashgun, you should figure out how far you want your flash to reach and for what type of photography you are planning on using it so that you can look for a flashgun with an appropriate guide number.

More powerful flash units with higher guide numbers have a wider range of distances over which they will adjust to maintain correct exposure , faster recycle times, and make bounce flash more effective.


The Guide numbers of flashguns are listed in their specifications and are determined experimentally, usually by the manufacturer.

When looking at the GN number, check whether they are specified in feet or meters. There is a big difference between the two, and you want to make sure that you are comparing the right thing.


External camera flash units are offered by the different camera companies as well as third parties. When purchasing one though make sure that it is a dedicated flash meaning that it is designed to work with your specific camera model.

This will ensure that the flash unit is integrated into your camera's autoexposure system and offers additional features to extend your cameras capabilities.

Flash units that are not dedicated usually have to be operated on manual mode and not worth the savings.

It is best to buy dedicated flash units to ensure integration into your camera's autoexposure system and additional features to extend your cameras capabilities.


This will ensure that the flash unit is integrated into your camera's autoexposure system and offers additional features to extend your cameras capabilities.

External or off-camera flashes are synced to the shutter release via a hot-shoe bracket or PC terminal. 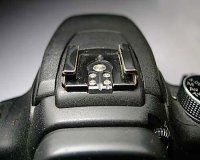 A hot shoe bracket is a space on top of your camera into which you can secure a flash and it provides electrical connections between the flash and camera. Using a hot shoe enables your camera to control many aspects of the flash from the camera's flash options, such as flash exposure compensation.

To mount the camera flash unit, you just slip it into the shoe and tighten a wheel to lock it in place.

If you are after a more dramatic side lighting or trying to eliminate red-eye effect, you can also use hot shoe cords that let you mount or hold the flash away from the lens.

If your camera does not have a hot shoe or you want to move the flash off your camera, you can utilise a PC (Prontor-Compur) terminal which lets you use a cable to connect to the flash. 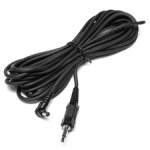 The cable that attaches to the PC terminal is called a sync cord and makes the same electrical connection that the hot shoe does. 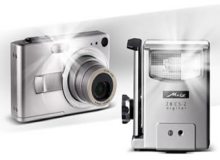 If your camera does not have a hot shoe or other flash connector, and many pocket cameras do not, you can use a slave flash unit. These flashes have a sensor that fires the flash when it senses the burst of flash from the camera's built-in flash unit. Since many digital cameras fire the flash twice for each picture (the first is to set white balance and perhaps focus), these units are designed so they fire when the camera's second flash goes off.

A small slave flash unit can be attached to a compact camera to give you an increased flash range.

You need to use a studio strobe (flash), if you need more light and control than you are getting from flash units mounted on a camera's hot shoe.

Hot lights are unlike strobes in that they are 'hot' to work under because they do not flash; rather, they are continuous tungsten or Metal Halide Iodide (HMI) lights that remain on until you turn them off. Many of the powerful tungsten lights are rated at 500–600 watts. They are simple to use but they consume lots of power, while putting out lots of heat.

A ring flash is a special kind of flash, ideal for use in macro or close-up photography as it allows for use of smaller apertures for greater depth of field and prevents camera or subject movement from causing blur. 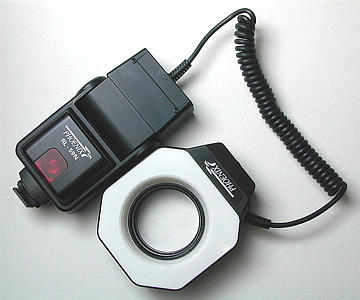 These units usually consist of two parts. A shoe-mount unit is used to mount the flash on the camera's hot-shoe, and a circular flash unit is fitted around the lens which fires a circle of light on the subject.

Within the circular flash unit, there can be one or more flash tubes, each of which can be turned on or off individually.

You might ask why do you need multiple flash tubes ? The reason is that ring flashes produce very even and flat (shadowless) illumination to the subject, the unit can be set to fire just one side of the ring, or one side of the ring can be fired with more intensity than the other so to create a more three-dimensional feeling to the image.

The camera's flash can cause delays when you're forced to wait for it to build up a full charge between shots. Different flashes have different recycling cycles as well as some cameras have a useful option of locking the camera to prevent taking a photo before the flash is recharged.

Here are a couple of useful tips to keep in mind when you want to keep shooting flash images without pausing: