" There are many photographs which are full of life but
which are confusing and difficult to remember.
It is the force of an image which matters."

Brassai (1899 - 1984) was born Gyula Halasz in Transylvania, Rumania to a Hungarian father and an Armenian mother.


He trained as an artist in Budapest and Berlin, dabbling in drawing, painting and writing. In World War II, Brassai fought against France and the Allies. Afterwards, in the chaos of the post war world's revolutions and redrawing of borders, he joined a number of other Hungarian writers and artists in Germany. He worked as a journalist and studied drawing and painting.

He arrived in Paris in 1924 and belongs to first wave of Hungarian emigrants that went over to Western Europe and America in search of wider personal horizons more than escaping from political or economical difficulties. Once in Paris, Brassai found his natural atmosphere surrounded by writers, artists and journalists in coffee houses.

He scrambled for work as a journalist, disdaining photography as "something aside from true art". But he finally picked up his camera and produced his epochal first book "Paris by Night" , which transformed the Hungarian artist into a world-renowned photographer. 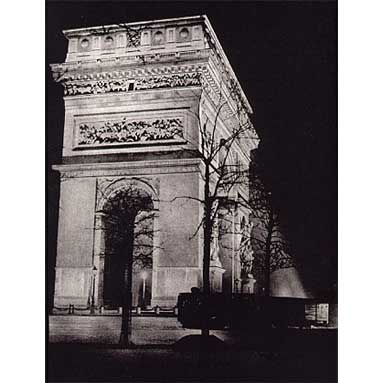 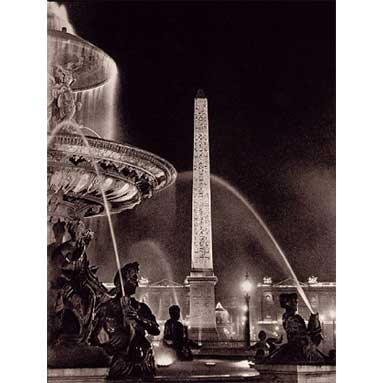 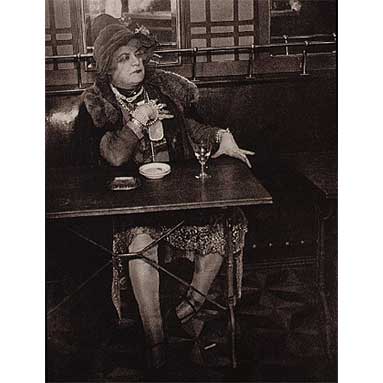 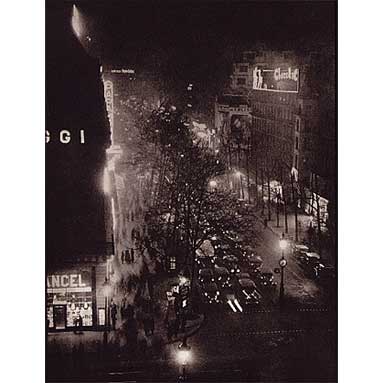 Do you find Brassai's approach inspirational ? Has it influenced your
photography in any way ? Have you shot in a similar style?
Click here to share your thoughts and images with us as well as to see other visitors contributions...


Although he had a rocky financial beginning, he was fortunate - he was in the right place in the right moment. The place was Paris and the time was 1930s. During this decade, Paris was the artistic centre of Europe. He was taking pictures to accompany his articles for Hungarian newspaper. He had high artistic expectations wishing to fulfil through his photographs - reveal something of Paris' culture and mysterious qualities, its atmosphere, texture and form, represent an original and significant contribution to the art of the thirties, as well as to the history of photography.


In 1932 Brassai discovered the graffiti on the walls of Paris, and he covered this subject for many years to come. His appeal has its origin in the complexity of mixing the documentary role of his journalistic job and the emanating new forms of art. Through his contribution to the surrealist magazine Minotaur during the thirties, he became acquainted with many writers, poets and artists of surrealism. The avant-garde at this time, under the name of surrealism, had a fixation for "changer la vie". The surrealist artists were in search of ways to express their inner lives, the subconscious and dreams. The definite goal was to create liberation from the reality. He began work for Harper's Bazaar in 1937, and he supplied that magazine with many photographic essays famous literary personalities and artists.

A master of light, shadow and atmosphere, Brassai often chose to focus on the set pieces of the City of light, creating memorable and lyrical images of its monuments, bridges and boulevards. Dubbed "the eyes of Paris" by his friend author Henry Miller, the photographer portrayed his subject - writers, artists, society swells, night workers, street toughs and prostitutes - in their own light without pity or disapproval. 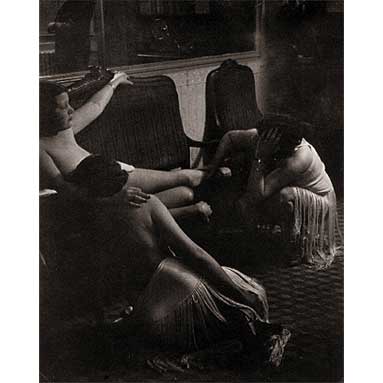 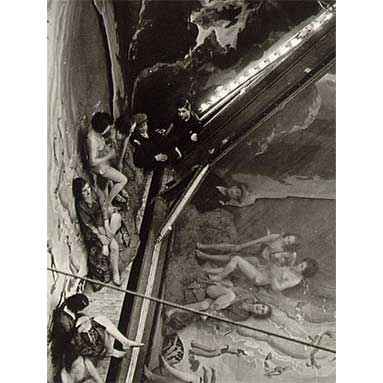 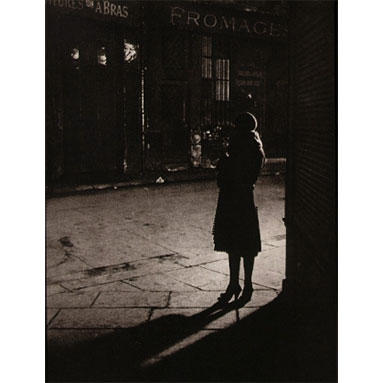 Whether photographing an elegant masked ball or urbane soiree for Harper's Bazaar or documenting the demimonde and the raucous, risque nightlife of the Parisian working classes for his own publications, he maintained a vision that was unblinking in its acceptance of how life was lived.

He studied technique, and used an eccentric collection of plate cameras, even after the 35mm Leica became the chosen camera of photographers with similar interests. Brassai's first camera was Voigtlander Bergheil and later a Rolleiflex.

The explanation for his technical choice came from his intention of presenting static, motionless pictures. We find this not only in his early pictures but also in his later work. He didn't care about taking endless shots of the same scene, 35mm style, feeling that if he limited himself to two or three exposures, his picture would seem less accidental and more his.

"I like living beings; I like life, but I like to capture it in such a way that the photo does not move. I don't really like the snapshot, the Leica with its 39 views, all of which distract attention." - Brassai


He posed his cafe pictures, having his subject wait while an assistant set up a reflecting screen and then held the flash powder that explode into the light that produced softer edges than flashbulbs and earned him the nickname "The Terrorist" from Picasso. 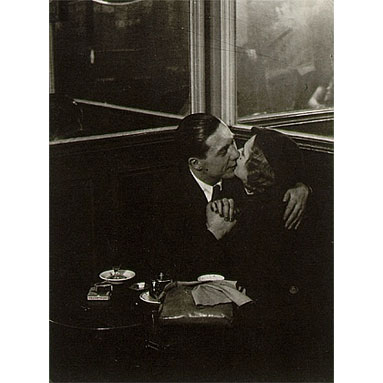 He made reality into a stage set, then waited and waited until his subject's attention wandered back to their cafe concerns, their nightlife personas. The powder erupted, the shutter of his Voigtlander camera clicked. In other words, he waited till the people stopped posing for the camera and resumed posing for the world. He took no interest in photographing the secret souls of his subjects; he found their true life in public poses.

His main works took place at a time when photography was still not a massive use of communication media: the inter wars period. This was a moment of cultural, social and economical transition in Europe. Whatever the general stream was, Brassai seems to have omitted these social and political changes.

The things Brassai saw were the things he recorded. He had the rare gift of normal vision, the ability to see things for what they are. The fact is that Brassai's life work is just part of reality of his time, his specific pictures either of human beings or landscapes are the ones he saw.

In 1962, after the death of Carmel Snow, the publisher of Harper's Bazaar, Brassai gave up photography altogether. From then on, he kept busy making new prints of his photographs and new additions of his early books.

Until his death 1984, the artist sought to chronicle the place and age in which he lived, probing it "with eyes and hands", seizing on a variety of things and making them unforgettable.

Has Brassai's work influenced your photography ?

Click below to see contributions from other visitors on Inspiration: Brassai ...

Brassai a great photographer Not rated yet
I had to research brassai for a project for photo journalism. My teacher picked which photographer we should research by our intreast and I got Brassai. …

Year 12 photography.  Not rated yet
I studied Brassai as an artist model at Whangamata Area School in New Zealand as part of my level 2 photography studies. I found Brassai a huge inspration …

Escalier de la Butte Montmatre Not rated yet
I was in Paris two weeks ago and late in the afternoon happened on the steps going up to Montmatre. I remembered seeing Brassai had taken a photo from …